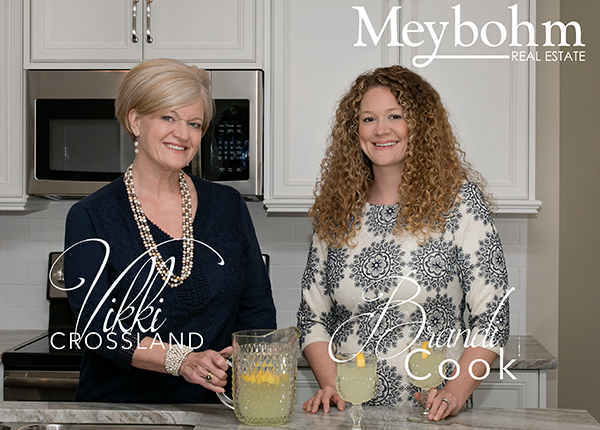 We are so happy to provide you with a wealth of local knowledge based on decades of real estate experience. Please download our FREE packets. Whether you are looking to purchase or wanting to sell your property this information could be invaluable.

“Vikki is intuitive when it comes to matching people with homes. From the time she showed us our dream home, until we had the keys in our hands, she and her team assisted us in every step of the process. Thank you so much Vikki.”

We were VERY impressed with the sales brochure Vikki and her associates put together for our home sale. We looked at 20-25 homes when looking for a replacement and very few had any literature in the home for a potential buyer to look at - NONE had a brochure booklet like Vikki put together for ours! She went above and beyond and our house sold much quicker than we had anticipated.

Aiken, South Carolina has been most impacted by the railroad, the Winter Colony influence and the largest industrial impact for the area, the Savannah River Site. William Aiken, President of the South Carolina Canal and Railroad Company, commissioned a railroad to run from Charleston, South Carolina to Hamburg, South Carolina running through Aiken. The railroad was completed in 1833, and the city of Aiken was chartered in 1835. Aiken became a place of retreat for Charlestonians who wanted to escape the heat and malaria brought on by the summer months. The Winter Colony was made up of wealthy northerners who were attracted by Aiken’s warm climate and ideal area for equestrian sports. Restorations completed during the Winter Colony era bring an air of sophistication and charm to downtown Aiken.


The Savannah River Site (SRS) is a facility that was designed to produce nuclear materials during the Cold War. It was completed in 1953 and the construction of the 300 square-mile site employed 38,582 workers. The site has brought thousands of people to Aiken over the years and played a significant role in winning the Cold War. Aiken is filled with history that can be discovered at the old train depot which is now the Aiken Visitors Center and Train Museum, by visiting Banksia, where the Aiken Historical Museum is located, or by talking with the locals.